The Roman Emperor Galerije Valerije Maksimilijan; having discovered thermal water springs; built Romiliana with such fervor in the third century of the new era, one would think that he did it for the sake of his mother, but the facts suggest that he probably did it because of joint pain. 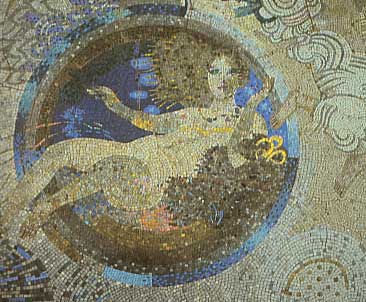 That is why it isn’t a surprise that the following sentence is often
recalled in Gamzigradska banja spa:

„We use nature’s gift, as did the emperor!“.

The miraculous water in Gamzigradska banja spa, the best doctors, the most modern equipment and great therapeutic powers cured and delighted many.
If you were to go into the mainland, above Bor and Majdanpek, only four kilometers from Gamzigradska banja spa you will see one of the Roman royal cities in Serbia – Felix Romuliana, and on the auriferous Pek River you will be able to participate in the cleaning of gold.

Of special value in these territories are: Derdapska Ravine, Rajkova Cave, nearby Negotin and Rajacke Pivnice breweries. Eight kinds of fish are fished here, and chamois, deer, wild boars, rabbits and wind ducks are hunted here.

Then, on parts of the clay-bottom river, larvae appear on the surface of the water, from which gentle, fluttering, colorful, winged insects are born in a few seconds, which, after a short drying period, fly onto the plants by the shore (they also land on boats and even on people) and begin their forcible shedding. They are the immature males which, only after shedding their skin, become able to mate and fertilize females.

The female larvae appear a little later, out of which sex-mature, winged units are born, and then comes the massive „bridal flight“ along with the mating of the insects, after which the males quickly die. The females still fly upriver for sometime, and then they land down onto the surface of the water and lay 6000-7000 miniscule eggs and die.

NATURE GAVE US TO USE: Nature endowed the Gamzigrad Spa, which lies at the height of 160 meters above the sea level, in the meandar valley of the lower course of the Crni Timok river, with several springs, some of them on the depth of even 303 meters, with thermomineral water. Surrounded by wooded hills, the Gamzigrad Spa is a quiet place for treatment, holiday, recreation, sport and fishing.

TREATMENT: Institute for Specialized Rehabilitation „Gamzigrad“ in the Gamzigrad Spa started to work on December 4,1978, with the reception of the first patients. The treatment in the Institute is carried out by means of use of the thermomineral water whose temperature is 42° C, the up-to-date devices used in the physical medicine and with the highly educational medical measure.

CURIOSITIES: On the spacious plateau, in the vicinity of Gamzigrad, surrounded by exciting mountains of eastern Serbia, there is Felix Romuliana, the royal palace of emperor Gai Valerie Galerie Maximilian, built in the 2nd and the 4th century. Archeological excavations of imperial palace Felix Romuliana are located 4 kilometers away from the Gamzigrad Spa.
Especially interesting are the Rajac beer houses, the unique cultural-historical monument to wine and vine, where 280 stone cellars have been used for more than two centuries for production and keeping of famous Rajac’s wines.

The electricity in the Gamzigrad Spa is still produced by the power plant built in 1908.

„WE USE WHAT NATURE GAVE US, JUST LIKE EMPEROR USED IT BEFORE US“