Based on the number of mineral springs and mineral water, Sijarinska Banja Spa; which was named after mistress Sija Irini, the sister of the wife of Emperor Justinian; holds a record in Europe. 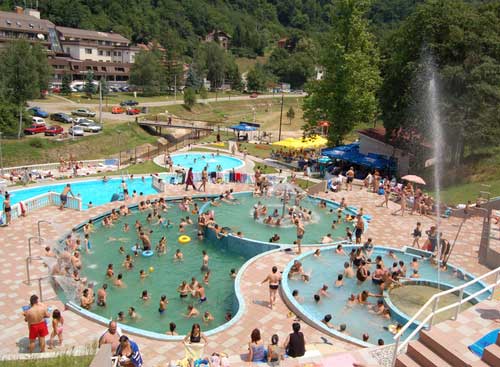 In this spa known even back in the ancient time; when 316 sources were discovered; there are 18 mineral water springs, for a hundred aches, different based on physical and chemical characteristics. A special attraction in Sijarinska Banja are geysers! One of them shoots 10 meters high, with a water temperature of 71 degrees Celsius. The only other place in the world where you can see something like this is Iceland, and the remains of the nearby Caricin Grad, Justinian The First only here. Slične banje u Srbiji: